Bankoku Shinryokan is located on Busena Point, one of the most scenic spots in Okinawa, close to Nago city. “Bankoku shinryo” means “bridge between nations,” which is named after a phrase carved on the large bell at Shuri Castle, the palace of the old kingdom. Since its opening in 2000, the Bankoku Shinryokan has been hosting various important events, including the G8 Summit in 2000. It takes about 2 hours from Naha international airport by airport bus. 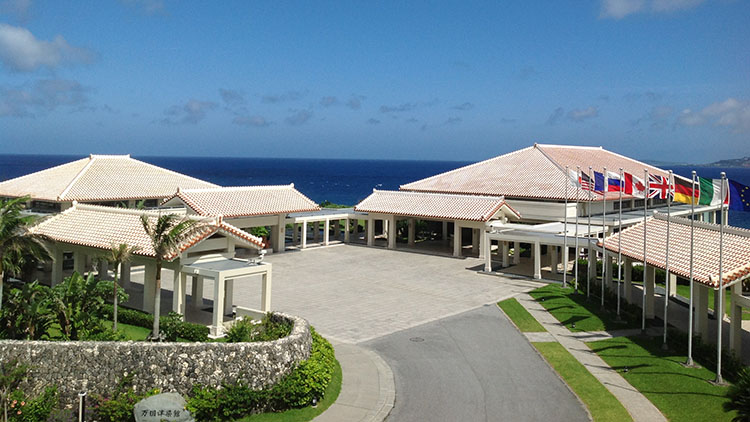 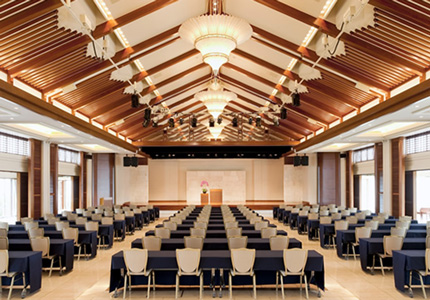 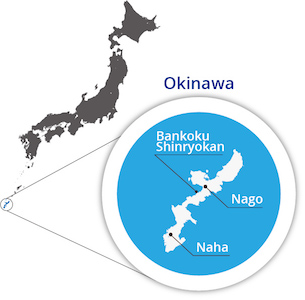 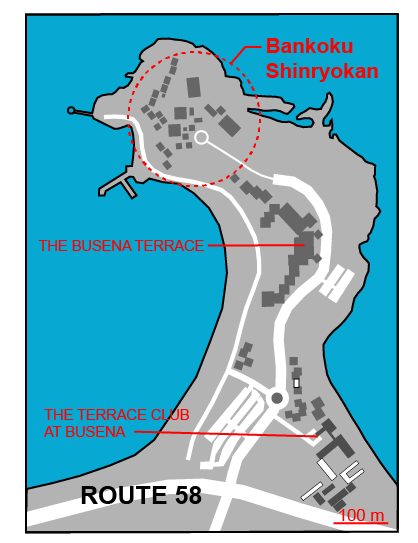 Located at the southernmost point of Japan, Okinawa is a group of 160 islands, including uninhabited islands. Due to its subtropical climate, it is warm and comfortable throughout the year. There are many examples of untouched nature including beautiful coasts, coral reefs, and primeval forests. Okinawa has a unique culture distinctly different from that of the rest of Japan in terms of language, cuisine, arts, and so on, which reflect its history as an independent kingdom and tributary state to China for several centuries that was under occupied by the United States after World War II until 1972. These features make Okinawa one of the most popular holiday destinations in Japan. 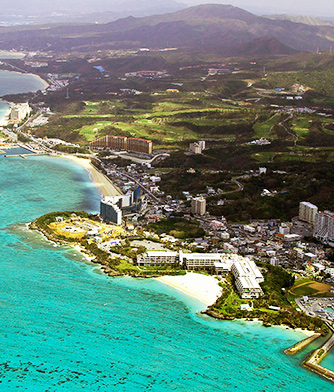 Nearby places of interest

Okinawa Churaumi Aquarium is widely considered to be one of Japan’s best aquariums. The highlight is an enormous tank that contains a wide variety of marine species, including giant whale sharks and manta rays. 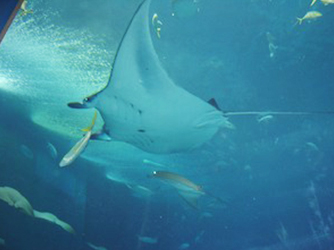 At Nakijin Gusuku Ruins, a group of castle ruins that has been named a UNESCO World Heritage site, you can see a number of shrines and the remains of stone structures that date back to the 13th century.

Cape Manzamo is a place noted for its superb views of the clear Okinawan Sea. The limestone cliffs are also home to a popular tourist destination, a rock shaped like an elephant’s trunk that was formed when a coral reef rose.

Okinawan cuisine differs significantly from Japanese cuisine due to the islands’ unique history and climate. It has been significantly influenced by the cultures of China, Southeast Asia, and the United States.

Champuru, which means “stir fry” in the Okinawan language, is a dish that is prepared by stir frying various ingredients. The most popular champuru is goya champuru, in which the bitter goya (bitter melon) is stir fried with tofu, eggs, and pork or spam.

“Soba” commonly means noodle in Japan, but Okinawa Soba is completely different from soba from the Japanese mainland. These noodles are made of wheat rather than buckwheat and are served in a bowl of broth with a number of toppings, such as soft-boiled pork. 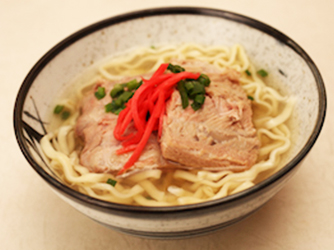 Pork is the most popular meat in Okinawa. Every part of the pig is used, from pig’s feet (Tebichi) and pig’s ears (Mimiga) to pork tripe. Rafute refers to thick cuts of pork belly boiled to be very soft. Some Okinawan restaurants also feature goat meat, which can even be served raw. 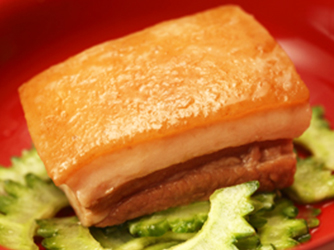 As a result of the American presence in Okinawa, taco rice is popular as a casual dish. It is usually found as a bowl of spiced ground beef, cheese, and salsa served on top of white rice.


Awamori is a distilled spirit unique to Okinawa. It is made from long-grained rice and uses a black koji (malted rice) indigenous to Okinawa. Some awamori is aged for a long time in clay pots, usually kept in cool underground storerooms.

Many Asian airlines provide regular service to Naha, which is Okinawa’s main airport, from main cities in China, Hong Kong, South Korea, Taiwan, and Singapore. There is also regular airline service between Naha and other cities in Japan. Several airlines operate numerous flights per day from major cities including Tokyo (Haneda and Narita airports), Osaka (Kansai and Itami airports) and Nagoya. For more detailed information on the flights to Naha, please see the Naha Airport website.
http://www.naha-airport.co.jp/en/terminal/international/

To Venue Limousine bus services run from Naha Airport to about five minutes from the venue. The stop closest to Bankoku Shinryokan is the Busena Terrace Beach Resort, approximately two hours from the airport. Timetables (see route CD, D and DE) and route maps are available on the Okinawa bus website. For more detailed information, please see http://okinawabus.com/en/

The nearest hotel to the venue is The Busena Terrace Hotel, and several hotels are located around the venue. You can also find various types of accommodations in Nago city. It takes about 30 minutes from Nago city to the venue by bus. During the conference, a shuttle bus is planned to connect the hotels in Nago with the venue. Local bus service is also available.

Surrounded by the sparkling East China Sea and lush subtropical plants with their colorful blooms, let the magical interplay of light, sky, wind and water here at Cape Busena lift your spirit, as our ever-attentive staff pamper you with unparalleled hospitality.
Fine cuisine, round-the-clock butler service, sybaritic spa treatments, and an exciting range of marine and other outdoor activities are all part of a luxurious Buena Terrace vacation.

Please visit the following site to reserve the hotels recommended by Okinawa Colloids 2019.

One Two Smile ACTIVITIES is a site where admission to various activities within Okinawa can be booked. This is the best site to find where to have fun in Okinawa, because you can search for activities according to category, area, popularity ranking and more.